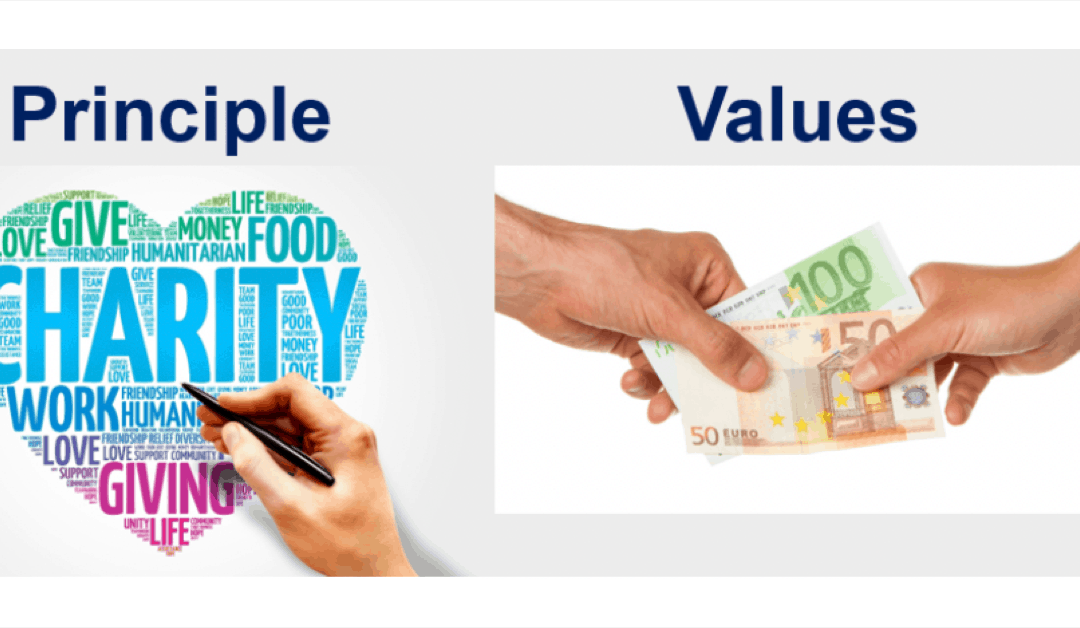 Confusion continues between values and principles.

Many seem to think the two words mean the same thing.

This is a BIG deal for you as a leader.

Values are relative– they change.

For example, you place HIGH value on having a warm coat in the north during winter. Summer in the Caribbean? …not so much.

Same coat; however, its value to you changes dramatically.

People (including you and your team members) have differing opinions, mindsets, perspectives, and…values.

Principles (on the other hand) are fundamental.

And there are a handful of ‘em that virtually everyone agrees upon.

Simple yet essential fundamentals like respect, safety, and integrity.

Different words for the ‘same’ thing?

The thing is- the distinction is critical when it comes to your team’s performance.

Running your team or crew or organization based upon a handful of fundamental principles allows people with differing values to work together effectively.

And I know…I know…your organization has likely already put tons of effort and resources into defining and talking about your values.

And it’s likely been good stuff.

However- we’re not talking about the past…or even the present.

We’re talking about how to OWN the future.

Words matter.
Now more than ever.