Police Brutality and the Victims Left Behind 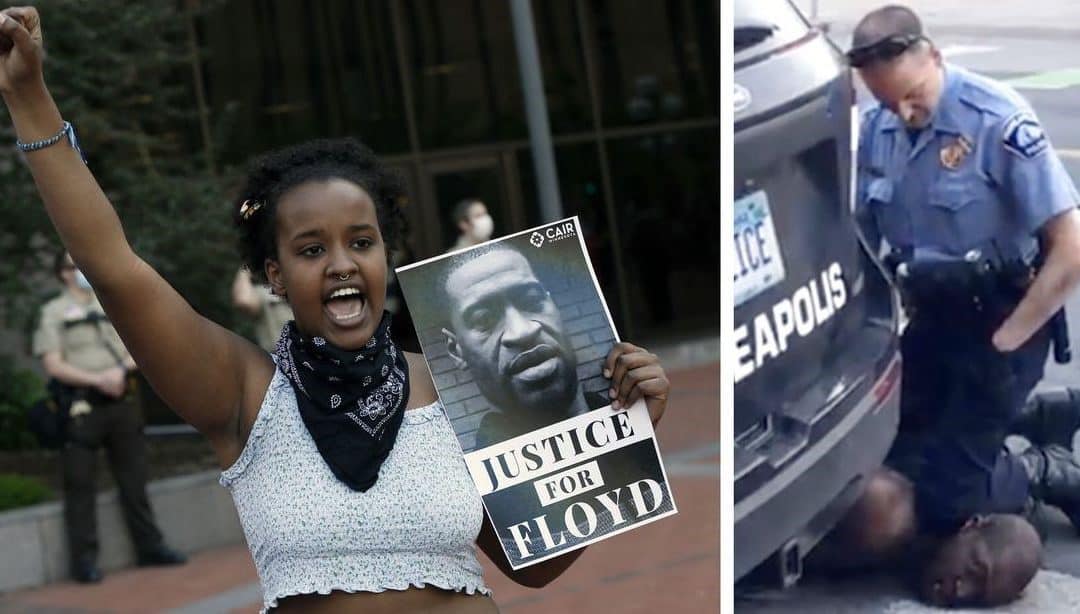 With lessons already learned, WHY does Bad Policing and Police Brutality continue to be a problem and what is the solution to make EVERYONE happy? The true victims in this ongoing problem are the general public and the law enforcement professional who honors the badge every day.

I have had numerous people ask my opinion regarding the killing of George Floyd in Minneapolis. Some told me they were wondering why I had not posted my thoughts about it on social media, given my law enforcement background human performance expertise.

The truth is, I needed to come to grips with my feelings and the cold hard fact that bad cops continue to tarnish a profession that certainly does not deserve to be tarnished.

To be honest, I’m furious about the current environment in our country and wanted to keep my emotions out of anything I post. I have had some tough conversations over the past week or so and have seen what it looks like when a person responds with raw emotions.

Like everyone else, over the past two weeks, I have watched the resulting chaos in our country and thought long and hard about this and similar past incidents and have decided to not only post my thoughts, but to write two blogs that facilitate discussion and possibly adds some solutions to the problem.

Why two blogs?  Because who has the time to sit and read an eight- or ten- page document these days.  If you’re like me, my attention span is not what it used to be. 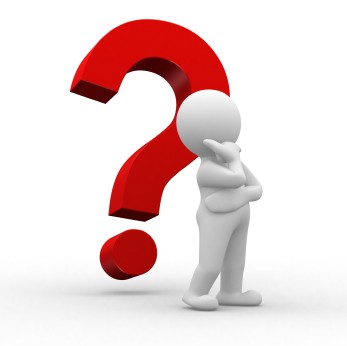 Like everyone else in the world, I watched and reviewed the full-length VIDEO (countless times) of George Floyd’s unfortunate death. In all my years as a law enforcement officer and instructor, I have never seen such a blatant disregard for human life. It literally made me sick to my stomach. Mr. Floyd did not deserve to die, period.

Independent of the obvious poor arrest and control decisions made by the officers, what troubled me most was that the officers in the video displayed such a disconnected look on their faces. A look that lacked respect and empathy for Floyd and the innocent bystanders who attempted to intervene. I was truly amazed that “common sense” never came into play.

Sadly, I know that look, a look that law enforcement officers sometimes cannot avoid acquiring when subjected to years of stress due to the nature of their job, where they often work with difficult—even hostile—individuals and respond to and witness tragic events.

Why is this important to know? Because when “the look” is not addressed by the organization, the result can lead to a poor culture that contributes to alcohol abuse, domestic violence, suicide, and yes; overaggressive policing.

In my opinion systemic racism in our police departments is a Myth.  ALL law enforcement officers are not racist. They are heroes who do an outstanding job each and every day. The very heroes we have seen standing tall in riot gear under very challenging circumstances this past couple of weeks. I personally have been sickened to watch all they have had to endure, and yet marvel at their commitment to their profession and the people they have vowed to serve.

It is very sad to watch these heroes suffer for the mistakes of a FEW bad cops. Please know that nobody hates a dirty cop more than a good cop. It is imperative that our society finds the strength to protest in peace and stop acting out at the good cops who ensure their safety so that they can peacefully protest. The good cops pray for social justice alongside you, I am certain of that!

Let’s dive into the core issue and see if we can contribute to a solution. 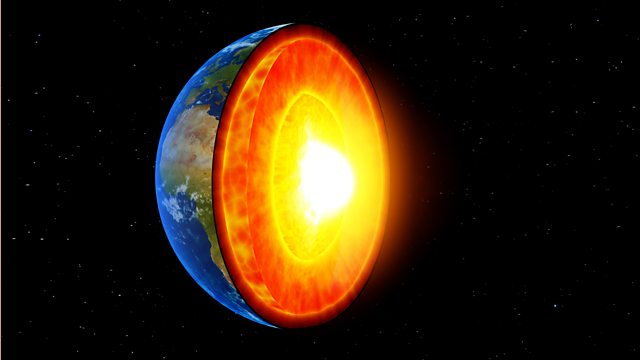 The anger displayed through America’s streets over the past few weeks has been building over the years due to similar incidents occurring way too often. The core of the anger is about the obvious distrust that exists between police departments and too many communities relative to police brutality involving people of color, and the perceived failure as a country to fix what is described by some as a systemic problem.

The public is struggling to see progress in this area and needs to see what is being done to address this ongoing problem. I would bet that most of the US population has no idea a Task Force was created in 2014, and a study with recommendations was completed in 2015.

Let take a look at the study and its results. 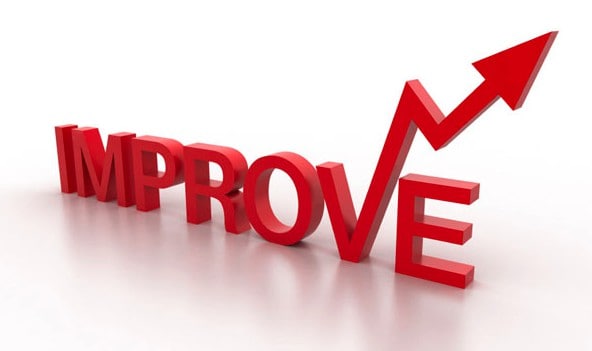 The Task Force completed its study in May of 2015 and published an Executive Summary which provided the following six action items (identified as “Pillars”) for long term sustainable improvement:

The Summary, which you can read by clicking HERE, concluded that members of the Task Force were convinced that the concrete recommendations contained in the summary would bring long term improvements to the ways in which law enforcement agencies interact with, and bring positive change to their communities.

As a subscriber to the Police Chief Magazine, I can personally tell you that the International Association of Chiefs of Police (IACP) has made the Six Pillars a priority throughout the past few years with themed articles on each topic. Moreover, their annual training conference is always structured so that the six pillars are addressed via breakout session training.

Well, here we are five years later, and a large portion of the population feels they have seen no positive change.

I believe we have seen positive change in certain areas of our country relative to police community relations. I know here in CT where I live, New Haven and Hartford have made it a priority over the years to improve relationships with the community.  During the past two weeks there have been peaceful protests in both cities and violent acts against the “good cops” has been non-existent. Obviously, in those cities, the relationship building has worked. 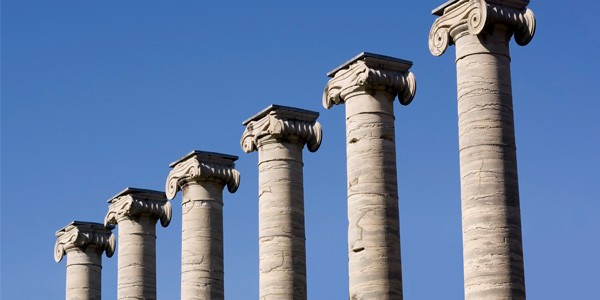 ACCOUNTABILITY TO THE PILLARS

Obviously, a lot of work went into the 21st Century Policing Report. If you look at its contents, I am sure you will agree that the recommended six pillars contain legitimate components to consider when attempting to change a culture.

I believe the law enforcement profession is training from the outside in, rather than the inside out. The focus has been placed on community relations, rather than the officers and the organizational culture.

Going forward, I challenge you to keep this question and answer in your mind as you consider some of my thoughts:

Question:  How do we change the world?

Answer: ONE PERSON AT A TIME 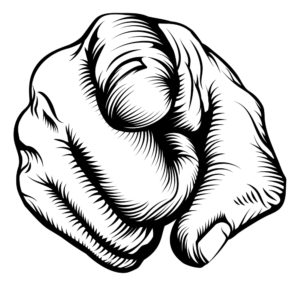 POINTING FINGERS IS NOT PROGRESS

While isolated social injustice mistakes continue to happen, years of data have revealed that 84 to 94 percent of the time mistakes are made, they can be directly attributed to process, programmatic, or organizational issues.

In my opinion, leaders, specifically Police Chiefs, must focus all their performance improvement efforts on organizational issues which directly affect the culture in which their employees work.

A huge problem in many police organizations continues to be that when mistakes occur, the ‘buck’ stops with the person who took (or didn’t take) the action. Police Chiefs often react with, “Who was responsible…who can we hold accountable?!”

For example, soon after the Floyd incident, Minneapolis Police Chief Medaria Arradondo reacted in a statement to the news media [See the video HERE ] by saying that all of the officers involved in the arrest of Floyd were “complicit” and that they should bear responsibility for his death – the usual “Who can we hold accountable?” question, without the acceptance of organizational responsibility.

In the environment in which we currently find ourselves, it is critical that each Chief NOT be reactive. Rather, we must be properly responsive when issues arise, and proactive at all times. In the Floyd situation, Chief Arradondo needs to ask himself WHY his officers were “complicit,” and determine if it is an organizational issue that needs to be addressed immediately through training and mentoring.

There is no debating that when people have legitimately done wrong, this should never be watered down or covered up, irrespective of position or title. However, ALL contributing factors must also be considered and addressed. It’s always easy to blame the officer on the ‘sharp end of the stick’ and just move on. We cannot ignore horizontal and vertical culpability as it often exists.

There is, without a doubt, the need for organizational accountability relative to the death of George Floyd (and those before him), and it begins with Chief Arradondo’s acceptance of responsibility for his work culture.

Let’s look at the red Flags as a Risk Manager. 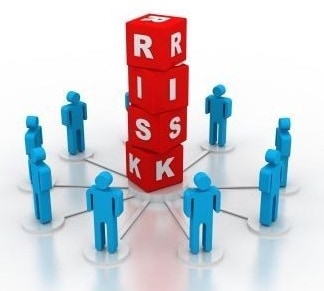 In reviewing various reports about the City of Minneapolis statistics, civilians have filed 2,600 misconduct complaints against Minneapolis police officers over the past several years. Only 12 of them (0.46%) resulted in any discipline against the officer, with the most severe punishment being a one-week suspension.

It’s not just Minneapolis. Around the country, the percentage of civilian complaints that result in disciplinary action is astonishingly low. And the rate at which offending officers are severely disciplined, fired, or charged with a crime, is effectively zero.

In looking at the officers involved in the Floyd incident, red flags appeared to be ignored relative to performance. Derek Chauvin, the officer charged with murdering Floyd, reportedly had 17 complaints filed against him during his tenure with the department. He was only reprimanded once – in 2007.

In addition, Tou Thao, the officer who stood by as Chauvin kept his knee pinned on Floyd’s neck, had six complaints filed against him. None of those complaints resulted in disciplinary action.

To be fair, most police officers who actually do their job correctly still have the potential to be accused of a bogus complaint against them. I, and those I have worked with and led, have had our share of bogus complaints against us as well. However, 17+ complaints about one person is a number that should have been more scrutinized.

As a review of what I mentioned in the CORE section of this blog: When apathy sets in, and “the look” is not addressed by agency culture, the result can lead to a poor culture that contributes to overaggressive policing, not systemic racism.

In Part 2 of this Blog we will look at a fast, simple, and easy solution to organizational change.

A solution that will lead the law enforcement profession back to its rightful spot in this world at the top of the mountain.

Wishing you all a safe journey through these challenging times!