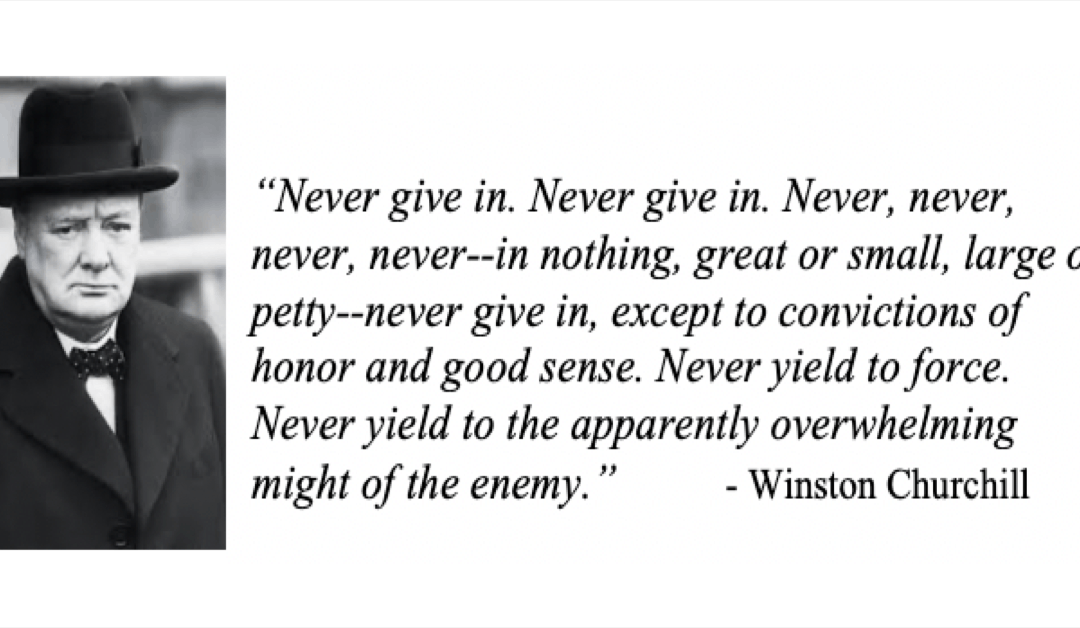 As a leader in law enforcement, have you ever thought about how you got here?

When we consider characteristics of true leaders throughout history, such as the tenacity of Churchill during WWII, it can easily become an exercise in wonder. If you’re familiar with the stories, there were many times when most anyone would ask, “How did he possibly persevere?”

And yet he did.

Churchill is not alone. History books abound with such tales.

Except to convictions of honor and good sense…

The quote at the top of this article is the shortest commencement speech ever given. When Churchill offered it to the graduating class of his old preparatory school in 1941, he chided graduates to [only give in to] convictions of honor and good sense.

Convictions of honor and good sense…

Our world is starving for true leadership. The need has never been more acute than it is now, especially in law enforcement.

In my last blog entry, “We Are NOT Broken: The ‘Battle from Within’”, I asked you to recall the passion you had during the first stages of your career- the hunger you had for becoming a cop in the first place.

And now it’s your turn…to lead.

Where do you go from here?

Since you’re reading this, I’m going to make a couple of assumptions.

First, you’ve been successful in your career.

Second, you are genuinely interested in taking your performance as a leader (and the performance of your department) to the next level. 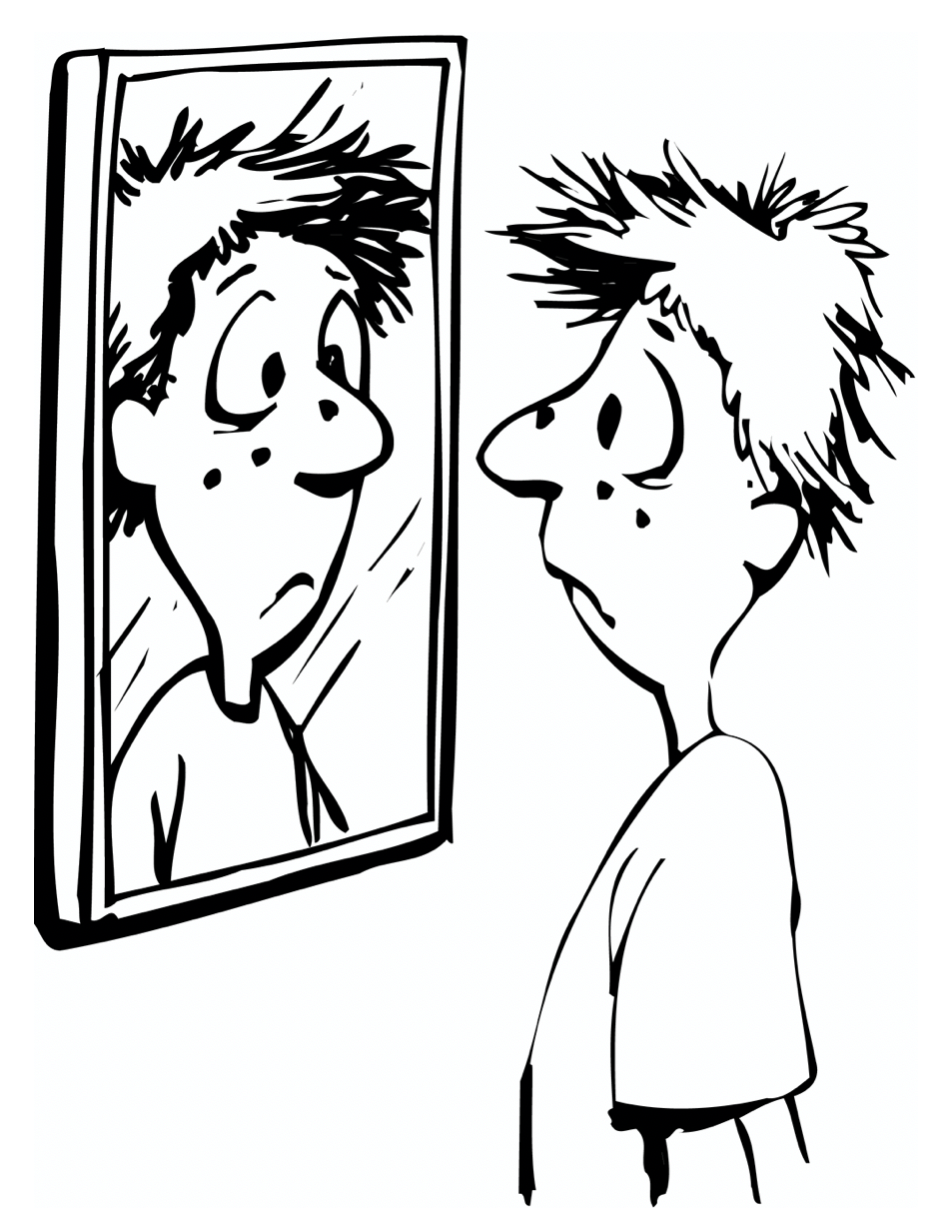 The [proper] place to begin is to take a good look in the mirror.

It’s easy to read a book or two, or go to a seminar, and think you should dive right into someone else’s ideas on how to be a good leader.

Yes, others’ ideas may indeed be worthy of consideration; however, for them to work for you, you must FIRST understand how you got to where you are, and why your current leadership style is what it is.

Upon becoming a PT instructor at the DEA Academy, the challenge of being a mentor immediately reared its head. I stood in front of my first class on the PT mat. I had 50 eager recruits staring back at me like sponges, eager to suck up whatever knowledge (and perspiration) I had for them.

Doubts flooded in. I thought, “How can I possibly inspire these 50 “posters” to do what I’m going to ask of them over the next 16 weeks?” 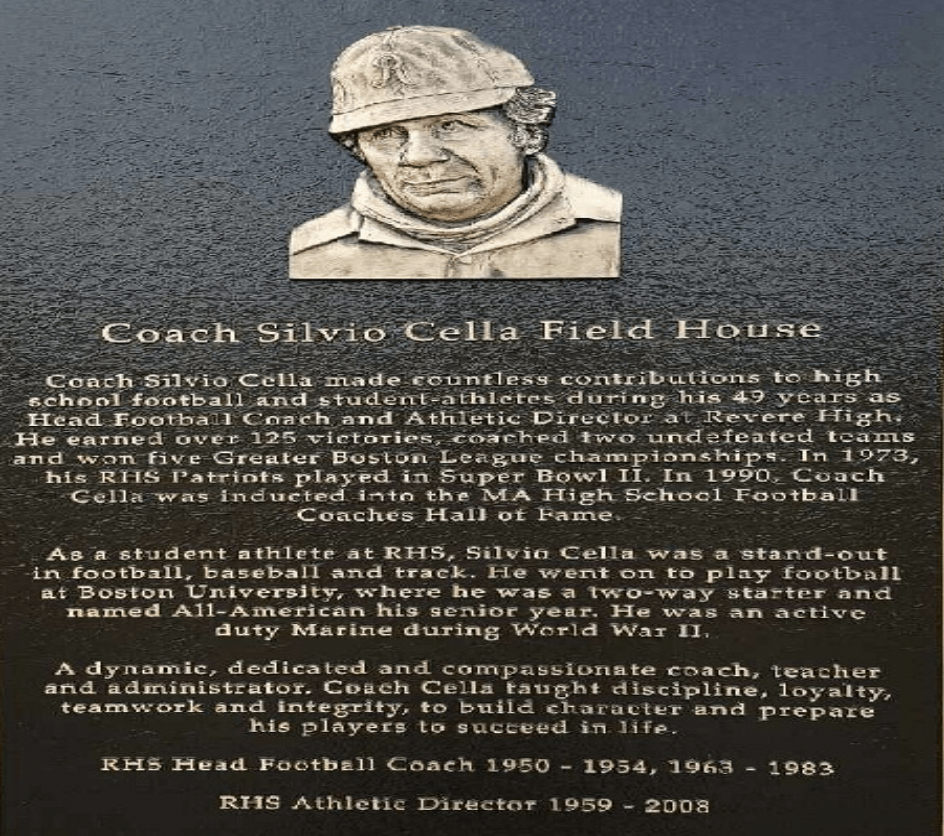 Where is my Quitter?

I played football at Revere High School in Revere, Massachusetts. Our coach was Silvio Cella.

To put it bluntly, Coach Cella was a ‘hard ass’. He also had a profound impact on his players.

At the end of each of our practices, Coach would line us up to do “grass-drills”, also known as “up-downs”. We would start off running in place. He would blow his whistle. With each blow, we would drop to the push-up position, pop back up, and continue running in place. Sometimes 50…sometimes 100 times.

He continued the drill (and the questions) until the entire team pushed through the challenge.

At the time, I thought he was a tyrant.

However, the moment I found myself standing there with 50 recruits staring at me, the impact of the “up-downs” flooded into me. Realizing my biggest challenge was to find the “quitter(s)”, I internally invited Coach Cella to join me on the mat.

Rather than “up-downs”, push-ups and running were my grass drills. I pushed the posters to their limits. Not to be mean, but rather, to allow each candidate to discover their strengths AND their weaknesses, and most importantly, to challenge them to…never give up.

To me, the mindset of pushing through that last push-up was no different than pushing a bullet out of your gut and wanting to live. For 16 weeks that was my theme- never quit!

Peeling Back the Layers

I haven’t been a PT Instructor for many years, and it’s been a long time since I pushed people through “grass drills”. What I have done, however, is facilitate law enforcement leadership courses around the globe.

Every time I do so, I ask participants, “WHY are you attending this course?”

It’s important that we remember our why. As a leader, it is also critical to recognize who your mentors have been- those who have challenged you, inspired you. Those who’ve greatly impacted what you’ve molded yourself into.

The world of law enforcement needs strong leaders- leaders who surrender only to their convictions of honor and good sense.

As you consider your steps forward, recognize from where you came (and how you got to where you are). Then (and only then) can you grasp new insights and effectively make them your own.

In many ways, Coach Cella represented ‘old-school’ leadership (do as I say because I’m the boss). It worked well back then. We were high school kids. He was the Coach. It was a different world.

While there is a time for command and control in modern law enforcement (such as in the heat of battle), such ‘break down’ and ‘wear out’ tactics do NOT work with today’s professionals. This being the case, there ARE ways to challenge and inspire that achieve near-miraculous results.

I didn’t realize the impact Coach Cella had on me as a leader until that day in front of those recruits. He taught me to never give up on anything, including myself.

Being a true leader requires persevering self-development. It also requires a never-ending commitment to developing those you lead. This is how you impact the future.

Self-development involves combining new insights with what you’ve learned from the past. Only in this way can you be inspired to grow yourself, which is the only way to contribute to the development of others.

So…take a look in the mirror. Recognize where you’ve come from, where you want to lead your department to, and (most importantly)- WHY.

Then, move forward as the inspired leader you were meant to be.

Until next time, thanks for all you are doing to help make our world a better and safer place!