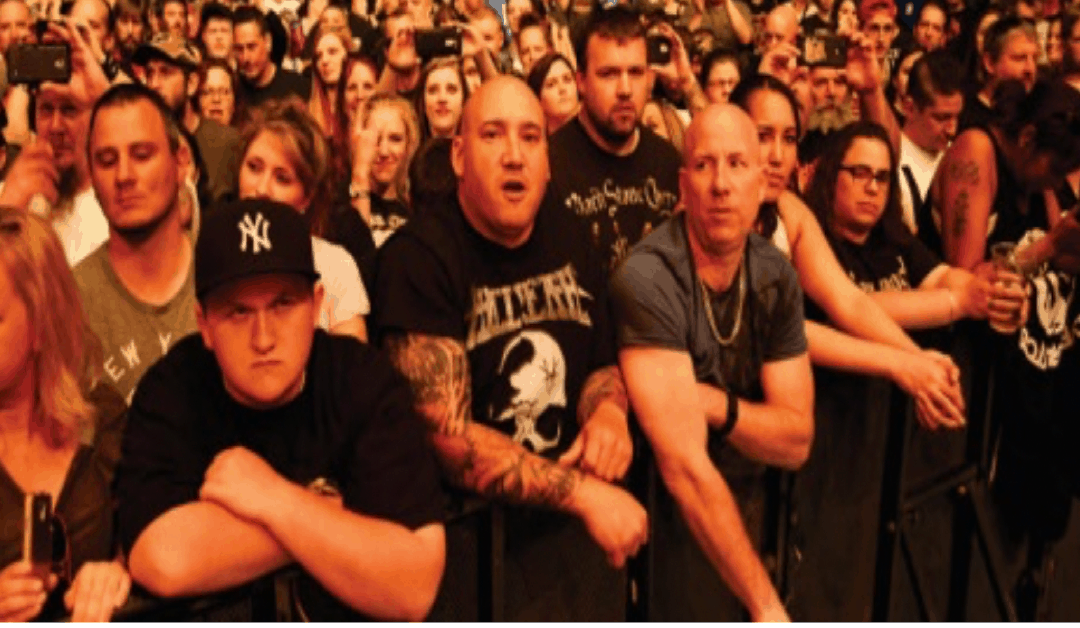 After all, if you don’t pay attention to the “gap” between the platform and the train, you could get seriously hurt.

However, for every aspect of our lives, whether in the London underground or anywhere else, there’s another meaning for “Mind the GAP.”

And this one is WAY more important (especially for leaders).

I remember an evening when my buddy Dave and I were going to a concert to see a band called Godsmack. 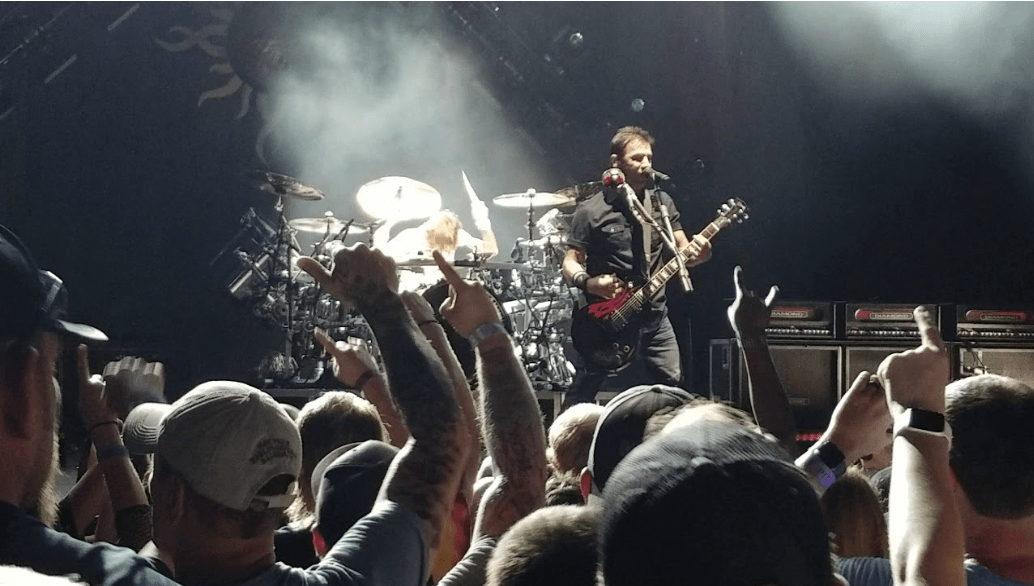 Like many “hard rock” concerts, this one was mostly “general admission.” There were no reserved seats. In fact, there weren’t any seats at all. That is- unless you were ‘fortunate’ enough to pay an extra $150 for “VIP” status.

Being a bit more ‘senior’ than most of the crowd, Dave and I paid the money. We wanted a place to sit.

When we arrived at the theater, the line out front ran along the sidewalk down to the corner. No one in the line was yet being allowed inside.

Thinking the queue was just for the “general admission” folks, Dave and I went straight to the theater doors. They weren’t locked so we went inside.

We approached a guy wearing a red coat and explained our “special” status. He found our names on his list, conferred with a co-worker, then told us, “I’m sorry, but you’re gonna have to wait outside until show time.”

The theater dude escorted us outside, pushed the barrier aside, and positioned us to be first-allowed-in once the doors officially opened- ahead of everyone else in line. It didn’t feel right, and as it turned out, was about the stupidest thing the guy could’ve done.

The theater was on the outskirts of Boston, the band’s hometown. Those near the front had been there all day- hardcore fans wanting to secure their place at the foot of the stage. It was summertime. It was 96-degrees and humid. This was…Boston.

Other than feeling a bit awkward, Dave and I didn’t have a problem. But the eighth guy back flew into a verbal rage. He started toward me as soon as the theater guy went back inside. In my younger years, I would’ve hurled insults right back at him. Things could’ve easily spun out of control.

As Fan #8 approached with fists clenched, I felt my emotions ratcheting up. Fortunately, I kept my cool and was able to explain to him how we’d paid an extra $150 bucks for our tickets. “Because,” I added, “we’re such great fans of the band.”

Hearing this, his outrage evaporated. The idea that we were contributing so much extra to “his band” transformed us from being ‘entitled older guys cutting in line’ to being his ‘brothers’- card-carrying members of the Godsmack Tribe!

He returned to his place in line, and for the next few hours at least, Dave and I and this hardcore concert-goer were fast friends.

Fan #8 was ‘triggered’ by his perception that two guys were receiving unwarranted special privilege and ‘cutting’ in front of him. He reacted.

Potential fisticuffs aside, I understood his irritation. ‘Cutting in line’ has always been a ‘hot button’ for me. And this guy had been standing…in the heat…all day.

Once he understood though, he quickly changed his tune. And for the next 35 minutes, Dave and I talked with him- learning more about Godsmack than we ever even imagined being interested in. However…as newly-adopted Tribe members, we acted very interested.

Ever had someone ‘trip your trigger’?

If I quoted what Fan #8 was yelling at me, the telling of this story would be rated “not for children.” I could’ve easily reacted. After all- Dave and I only did what the theater guy told us to do.

Had I reacted to his reaction, things would’ve likely spiraled out of control. There could’ve been police (and maybe even hospital) records to help tell the tale. And in the end, both of us would’ve probably missed the concert!

While most incidents thankfully do not tend to involve physical altercation, people reacting to circumstances is epidemic. And any reaction has the potential to cause lots of damage.

When you allow yourself to react, you can instantaneously lose respect, destroy trust, ruin your reputation and relationship, and minimize any future ability to be a positive influence.

I love Ambrose Bierce’s take on this: “Speak when you’re angry and you’ll make the greatest speech you’ll ever regret.”

Here’s the important part though- you and I get to choose whether to react…or not.

Because you see, there’s a space between someone hitting one of your ‘hot buttons’ and what lies on the other side.

This space is called “the GAP.” 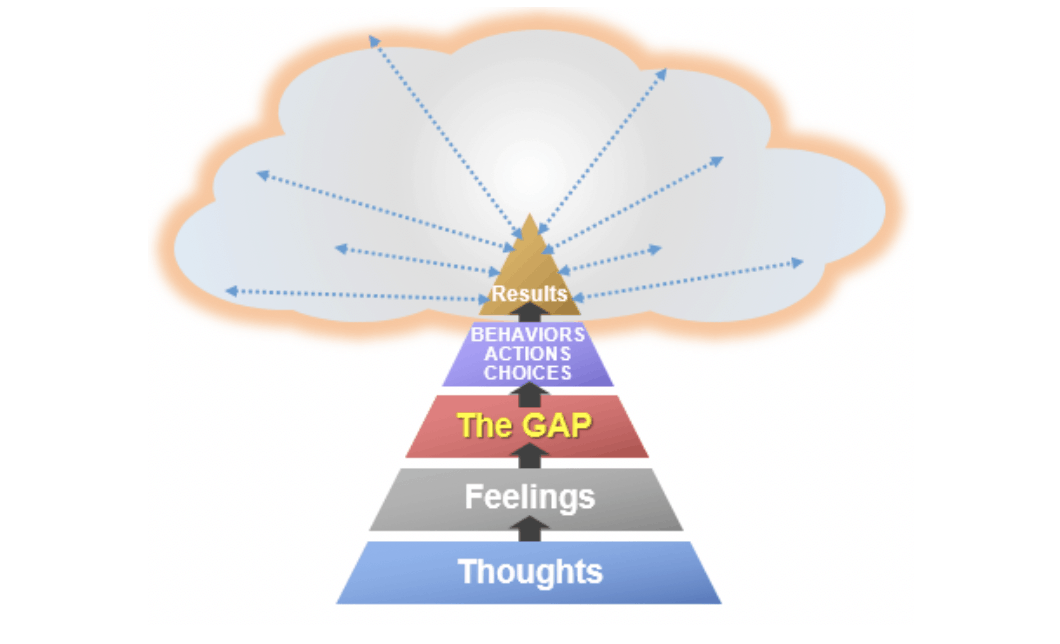 But unlike the crevice between the platform and the train in the London Underground, this GAP is a moment in time. A moment where you choose whether to blast through and react, or to slow down before you cross the line.

Slowing down gives you the opportunity to thoughtfully respond. And doing so is fundamentally important to having a successful life.

In truth, this GAP, the opportunity to slow down, to consider, and to make a mindful choice is one of the things that separates humans from all other living creatures on the planet. That is- when it’s used.

I developed my own personal mantra for navigating the GAP, and while I’ll never be perfect at it, I seem to be getting better as I continue along life’s journey. Here it is:

I RESPOND to circumstances rather than react to them

Learning about the GAP, learning to slow down and respond rather than react has been one of the most powerfully positive things I’ve ever done.

I highly encourage you to do the same.

Keep this mantra in your back-pocket. Or if you have one you like better, use that one- anything that’ll help you slow down and think the next time someone or something ‘trips your trigger’.

Do your best to Mind the GAP.

You, your blood pressure, your cortisol levels, and everyone around you will be [much] better off.

BTW– What technique of influence did I use when I said this to Fan #8: “Because we’re such great fans of the band?” Let me know your thoughts in the comments section below. We’ll see who gets the “gold star!”

BBTW– There’s a great Godsmack ‘dueling drum solo’ on YouTube. You can WATCH IT HERE. At t = 05:50, they start doing a couple riffs from songs made famous by other bands. Know what the songs are? Use the Comments section to let me know your thoughts.