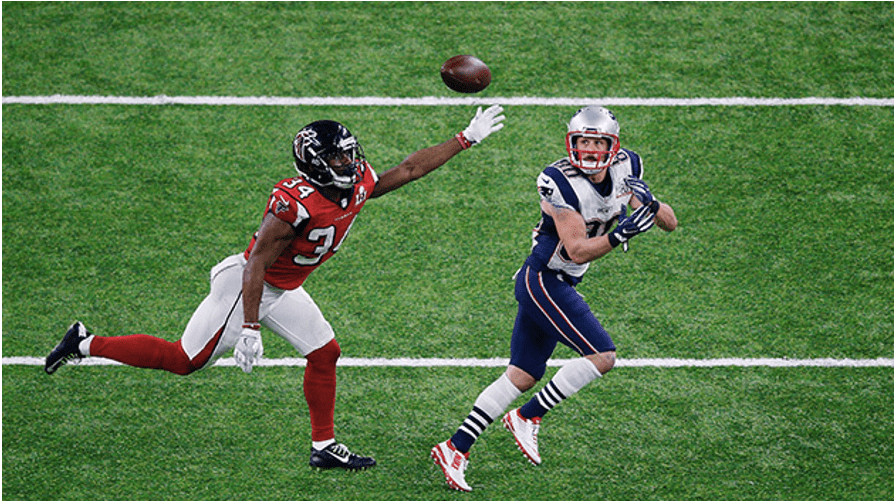 “What lies behind us, and what lies before us are small matters compared to what lies within us.”

When Atlanta scored another touchdown, increasing their lead 28-3 midway through the third quarter, I rose from my chair. “Well,” I said with disgust, “That’s it. It’s over.”

I headed downstairs to grab an ‘adult’ beverage. It was Super Bowl 51 (LI). I was a Patriots fan. I was NOT happy.

New England went on to score 25 unanswered points, tying the game with 57 seconds left on the clock.

During overtime, James White ran the ball into the end zone on second down, diving across the goal line to win the game.

When your team’s down 25 points with just over 15 minutes left to play, remaining optimistic can be tough.

I didn’t. I mentally ‘threw in the towel’ and called it ‘over’.”

But not New England.
Not Tom Brady.
Not James White.
Not Julian Edelman, Danny Amendola, or the rest of the squad.

This is what makes champions…champions.

As the game ended with a Patriot victory of 34 to 28, more than 30 records had been either broken or matched. Many consider it to have been the best Super Bowl ever.

On that day, in those few minutes, those team members chose to see possibility- to rally. And their collective choice made the ‘impossible’ possible.

What virtually everyone does admire however, is when someone (or a team of someones) rises against the odds to create victory.

The less enlightened call it ‘luck’.

The more enlightened recognize the seizing of opportunity by ‘that which lies within’- sheer will, determined choices, and action.

I witnessed this in pure form during that Super Bowl.
And was greatly reminded- it’s never ‘over’ until it’s over.

It all comes down to the choices we make and the actions we take.

And therein lies your opportunity.

What choices are you making today?